Nominations for the INSPIRE Awards 2023.

We appreciate your interest in the Awards and look forward to celebrating all the nominees and recipients with you at Hart House, University of Toronto. To stay informed about the INSPIRE Awards, please Like us on Facebook or follow us on Twitter.

How to Nominate a person, business, or organization.

Any member of the community or allies, except the individuals and organizations presenting the awards and sitting on the INSPIRE Awards Board of Directors or the Board’s Advisory Committee.

Who can’t be nominated?

Nomination Application Forms for all Categories

Person of the Year

This award is given in recognition of the outstanding contributions of a lesbian, gay, bisexual, transgendered, or queer person who has significantly improved the quality of life in the LGBTQ2S+ and local community.

Youth of the Year

This award is given in recognition of an outstanding youth who has excelled in improving the lives and visibility of LGBTQ2S+ community, especially with regard to LGBTQ2S+ Youth. The award acknowledges the youth’s accomplishments and the contributions they have made to their communities.

Positive Business of the Year

This award honours leading LGBTQ2S+ businesses and business owners in recognition of their outstanding contributions in support of our community.

This award honours leading LGBTQ2S+ community groups and organizations in recognition of their outstanding contributions in support of our community.

Accenture Innovator of the Year

Accenture Innovator of the Year Award honours an individual for their achievements and contributions within the science and technology sectors to promote diversity, improve lives and raise awareness about LGBTQ2S+ issues.

LUX Award for the Arts

The LUX Award for the Arts will recognize posthumously the contribution made by an LGBTQ2S+ Canadian in the arts, either as a creative person, an arts worker, or as someone who has shown a long commitment to the arts. 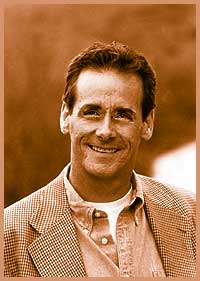 INSPIRE Awards is pleased to honour and commemorate Charles Roy’s legacy in the fight against HIV/AIDS by naming an award in his honour,” says Antoine Elhashem, President of the INSPIRE Awards. “Our Board of Directors recognizes that HIV/AIDS is still an issue in the LGBTQ2S+ community and the world. It is part of our Mission Statement to celebrate those who make a difference in our community and work on changing attitudes. Charles is just one of the greatest examples of someone who did just that on the Canadian scene.”

Charles Roy was the Executive Director of the AIDS Committee of Toronto for eight years. He was a member of Toronto People With AIDS Foundation, AIDS ACTION NOW and many other provincial committees. Nationally, he was a board member of the Canadian AIDS Society, and, internationally, he contributed to the World Health Organization and the Global Fund to Fight AIDS. In 1985, he worked for the Montreal AIDS Resource Centre, where he organized the city’s first support group for People With AIDS. He is recognized by the Ontario HIV Treatment Network at their annual conference with a lecture in his honour. He is the author of Living and Serving: Persons with HIV in the Canadian AIDS Movement.

Two awards per year are given to those who made significant contributions to better the lives of others in the LGBTQ2S+ community in the Greater Toronto Area or any of its surrounding regions.

ALL SUBMISSIONS, FORMS, VIDEOS AND ESSAYS ARE THE PROPERTY OF INSPIRE AWARDS CORPORATION AND THEIR PARTNERS. NOMINEES ARE REQUIRED TO SIGN A CONSENT TO USE THEIR IMAGE, NAME, PHOTO, NOW AND IN THE FUTURE FOR ALL PURPOSES PERTAINING TO THE WORK OF THE INSPIRE AWARDS.*

In the case that there is a shortage of nominations received for a particular category in any given year, the board will consider their own preferences for nominees in the respective category or categories and submit these to the jury panel for consideration.