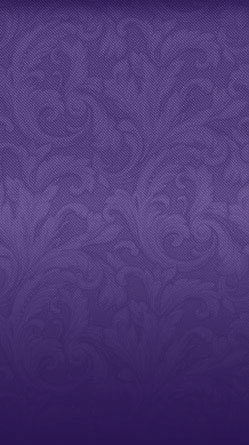 Click the “+” button before each name to read the bio for the nominees and recipients.

Pride Toronto’s 2008 Honoured Dyke and has been out and proud since 1982. She is the mother of two wonderful young people. Her activism in Toronto started with Lesbians Against the Right and at demonstrations organized by the Right To Privacy Committee in 1982. She has worked with and learned from an amazing group of feminist women at the Toronto Rape Crisis Centre from 1982 to the present, where she honed her counselling, advocacy, and organizing skills. She’s a professor in the Assaulted Women’s and Children’s Counsellor/Advocate Program at George Brown College. For almost a quarter century, Anna has been a community activist on the social justice scene. From anti-poverty demonstrations, LGTQ2S cultural events and police accountability issues, her work in the queer community has improved the lives of all Toronto residents.

Best known as a philanthropist, Salah has served—and still does—on numerous boards and committees including those of the Canadian Film Centre (of which he is a founding member), Art Gallery of Ontario, Luminato arts festival, Business for the Arts, Canadian Foundation for AIDS Research (CANFAR) and the 519 Church Street Community Centre Capital Campaign. He has raised more than $6-million ($1 million from his own pocket) for the 519’s expansion project and in 2010, the community centre’s new wing was named in his honour. He has also promoted equal rights for same sex couples, supporting the LBGT human rights organization EGALE Canada’s “”I Do’ Means the Same Thing Whether You’re Straight or Gay” campaign and he is a member of EGALE’s Board of Advisor.

David Buchan died in 1994 due to AIDS complications. In his lifetime David worked closely with General Idea and Art Metropole and was involved in CHROMAZONE, HOMOGENIUS and FRUIT COCKTAIL. His work was often included in FILE Magazine.

Person of the Year

Candice, Honorary Queen of Club 717 for 2013 and Empress IX of The Imperial Court of Toronto (TICOT), has raised thousands of dollars throughout the years for many community causes. Candice gives of herself tirelessly to the LGBTQ2S+ community.

Youth of the Year

Adam, 15, a transgendered youth and performer, is a leader who works tirelessly on trans issues and awareness. Adam was nominated in 2012 for INSPIRE Awards Youth of the Year.

A youth leader who made many efforts to combat anti-bullying, Nathan has coordinated several events for the LGBTQ2S+ youth in the Durham Region. Nathan was nominated in 2011 for INSPIRE Awards Youth of the Year.

Positive Business of the Year

The City’s and Canada’s first bookstore for the gay community, it’s the oldest surviving LGBTQ2S+ bookstore in North America, since the closure of New York City’s Oscar Wilde Bookshop. Glad Day continues to serve and grow providing the community with current events, a positive space and history.

Inspiring Community Organization of the Year

Each year the INSPIRE Awards selects a community or charity organization to honour with the title Inspiring Community Organization of the Year. Our LGBTQ2S+ community is championed by many wonderful and inspiring organizations and we hope over the many years to come we will get to honour as many of these organizations as we can.

The Trans Lobby Group advocates for systemic change in government legislation at both federal and provincial levels; in the healthcare system with regards to both mental and physical care; in the school system; and within our Queer communities. Most recently they worked with MPPs to support and pass Toby’s Law, and MPs in Ottawa to pass the most recent transgender rights bill.